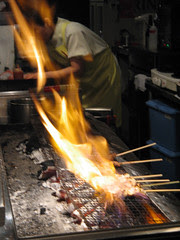 And so the saying goes If you can't stand the heat, get out of the kitchen. 27ºC is the comfortable temperature for some students and work-mates! That is when still wearing a full sleaved shirt / blouse and a jacket. I tried many times to explain the comfort zone concept. So here it is:

Please note well - tired and sleepy! Feel free to read on at the ergonomics4schools - temperature page if you remain unconvinced. 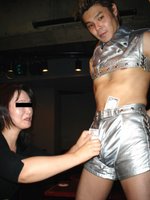 Yesterday was the last working shift for both Jen and I. Nova has been jettisoned from our lives and livelihoods. Wes, also recently finished, is getting on a jet plane in a matter of hours. Happy and sad at the same time. I wanted a photo taken with the staff after I finished last night, but a no-go there, so here's the Usagi... that cute, pouting little character who is the mascot of the company - also produces some interesting results if you Google Image Search without the company name!

Once again, Into the Fire at our beloved IACE Travel Agent, where the #1 comment by all friends on entering is Geeeze, it's HOT in here... Nonetheless, today I collected my ticket for Shanghai; Nikki and Rodney inquired about Round-The-World options for their next adventure. 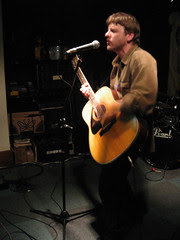 Wes goin' on the guitar,
originally uploaded by vfowler.
This was the final gig for Wes to play in Hiroshima. Kate and I kicked off with a Cherry "B" that tasted like hideous, sweet dishwater. Spring Live at Kemby's was a great night.

Tamison? who was the feature act of the night arrived late, then pumped out some jazz numbers. So loud in fact, shouting to the person sitting adjacent was pointless inuaduble jibberish. We were there to see Wes and listen to his acoustic guitar and singing. Here's a clip from his first set... Alternating sets provided a good mix of the two different solo artists' styles.

Kate's brother Mat is on the other side of the live music spectrum. Check out the Fisk Industries site for some cool Indie stuff and their upcoming gigs.

Trip down memory lane: in case anyone missed it, here is the video for Last Flight Sonic from the Isle Of Wight EP (2003) directed and produced by Chris Wilson and Mathieu Ranson.

In Hiroshima, it really is a question whether or not the live music scene will revive, survive or dive. To me, it's no real wonder: Rip off karaoke sessions; The nearby City Hall's childish chimes several times a day keep the human androids well in their slave routine;

Similar gay chimes emit from my house-mate's mobile phone to wake him instead of tracks from The Streets we downloaded onto it. 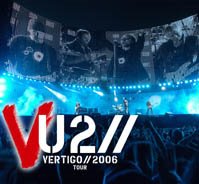 While many netizens have taken up myspace.com for their tune sharing fantasies, others are enjoying their music library expansion via Limewire. Back on the live scene, even the famed U2 have postponed their final 10 of the Vertigo concert tour for Australia, New Zealand and Japan. Yes, U2 are still around. Ben Harper's tour might be a goer though...

pros and cons of karaoke 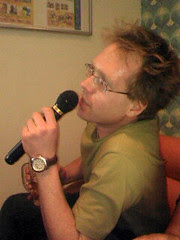 Last Friday I joined a bunch of friends for an evening of karaoke. I'm certainly no expert singer by any means so I will keep my day job! I met Yukari and scoffed a bowl of yakiniku-don in Yoshinoya before crossing the street. Somehow my friend has created a new word from the American English cross-walk into cross-running. Some of the gang were already in a karaoke booth chock-a-block full of smoke and people. With more people still coming, we ordered a bigger booth.

James was quick to jump on the mic and put his best foot forward. Nikki, Rodney and others were able to get some great songs in, some drinks, and a few good laughs.

Masa had some trouble focusing, perhaps alcohol related, I'm not certain though... Junko joined us and belted out one of the few Japanese tunes of the night. I don't know why our other Japanese companions weren't putting in much effort. I thought booze was supposed to boost confidence? It certainly gave me the confidence to assist Nikki with that hideous New Kids on the Block song Step by step, I was putting just one Step! in, occasionally I was in time with the music. It shames me as I recall naming this group New skids on the jock.

Yukari sung something... and we all teamed up with Colin cranking out that great Australian hit song Down Under about the Vegemite sandwich! Perhaps you've heard of beer goggles, but have you heard of beer ear-muffs? What's that? What did you say? Yeah, sure, sounds great!

At least it was sounding fine, until it was time to pay. The enormous bill smashed any hopes I had of going skiing again this winter. I got a lift back to my place, abandoning my bike to the elements.

Getting to work the next day was further punishment, as I was about to leave the apartment when I remembered that I left it near the karaoke place! A ¥1,000 yen taxi ride later and I cruised in with a few minutes to spare.

Last of all, I have to go out on this cold rainy day to retrieve my bike. I hope it is still there and the bike-police-nazis haven't stolen it. Get Hiroshima Blog: Hiroshima to start clearing away bicycles at night.
Posted by Vernon at 3:41 pm No comments: 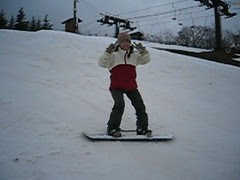 I'm not sure if I'll have a chance to skate (¥1340) at Big Wave if I'm trying to save money for this China trip. Perhaps my last opportunity to ski this winter, I was joined by 4 of the Hiroshima snowboarding gang: Rie, Naoko, Madoka and Kate. Dog-tired and not really understanding why, I crashed out on the back seat of the bus. While my iPod entertained Kate, the swaying chandelier sent me into a trance... On reaching Osa, Rie lent me her wax for a quick rub on my dry planks. We all jumped on the lift and tried a warm-up run down the easy slope. 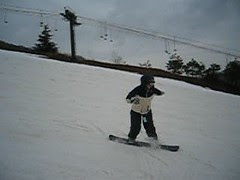 Hiding behind her flash new white pants - perfect camouflage - Kate was quietly advancing her skill. After lunch, her snowboard-in-hand method for riding the lifts ended in an incident of the board trapped in the chair and subsequently flung off; She since started the practice of leg-attached (a.k.a. normal) lift riding. Well done.

On return to Hiroshima, Masahide and I briefly chatted on the streetcar going home, then I teamed up with Kate again to take a free dinner opportunity at Kemby's. Pretty good first day of my 3 day weekend. I later found out from my housemate that I didn't get home until 4:15am before catching that 8:30am bus to the snow. Oh that's right, Wes and I went to WaraWara izakaya for dinner then ended up dancing the night away in Mac bar with Miki and Nao...
Posted by Vernon at 9:15 pm 2 comments: 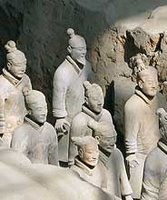 I've got my ticket to go. Shanghai is ¥15,000 yen cheaper than Beijing (Peking), so I'll start there. Customs rule: It is strictly forbidden to bring more than 20 pieces of underwear into the People's Republic of China. How does one expect to have clean fun in the communist country with only 20 pieces of underwear? I am speechless!

The real challenge in trying to speak to the locals (in Mandarin) will be tones. The word 'ma' can be spoken with 4 different tones and each a completely different meaning.

Since 1958 there's been pinyin, a system of writing the language using the Roman alphabet. A Japanese friend here in Hiroshima wrote an email to me in romaji - it's actually harder to understand than hiragana! Aparently very few Chinese can read or write pinyin. It's no wonder though:
For all you fellow computer nerds out there, there's the Moji extension to help work out the meaning of the written Chinese characters. Here's the tip for speaking the lingo:

Japanese pronounciation differs from Chinese or English in that speakers do not aspirate droplets of saliva. That can be considered one of the reasons for the reduced possibility of transmission.

Sakae Inouye of Otsuma Women's University to Shukan Asahi, about why Japan, with so many tourists visiting China, did not suffer a single outbreak of SARS (November 14, 2003).

So soon it will be sayonara from Japan and everyone in Hiroshima. I will miss everything and everyone. Hopefully nobody will spit on me before I get to China!
Posted by Vernon at 12:22 pm 2 comments: 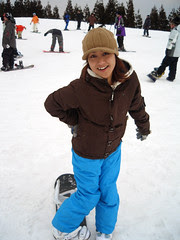 Rie at Mizuho,
originally uploaded by vfowler.
Rie's birthday was yesterday and the two of us forked out a few thousand yen to check out the snow at Mizuho. Without a doubt, the best resort within reach of Hiroshima is Mizuho Highlands. Access to the upper slopes via a small gondola was a real novelty.

A snowboard competition was taking place on that sunny day and some fancy dress too. The otaku maid outfit caught our eyes first of all, then the Pepsi man, the yukata clad girls, the horse-headed creature and his tranvestite partner in a playboy bunny costume, and super Mario.

Not yet up to competition standard, I decided to start logging some air time. So after a couple of warm-up laps, Rie nabbed some clips of me launching down the Skyline run. Might have to try the half-pipe next time! 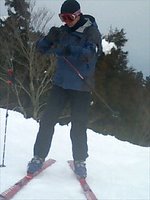 Lunch was my gift to Rie for her special day.

Sachiko arrived later in the afternoon for a desperation last ditch effort on local snow before her trip next week. Have fun in Rome and snowboarding in Switzerland! I am so jealous.
Posted by Vernon at 2:41 pm No comments: